On a summer evening, Begoña was driving on Crayoline Road. She imagined herself not being alone, a hand resting on her knee. She knew that she had never driven her Mazda with someone, other than glitzy visual novelist Marcia Lapidis and her brooding agent Patricia Dendermonde.

Those occasions had the comfort of the gossip between women, which could not however distract her from imagining a man. He sometimes stole a glance at her and mostly looked out at the plains. At this part of the road, the plains had always been vast and had the quality of being in constant peril. God created the World, but the Dutch created The Netherlands. The same applied to Dutch nature, which was coerced in a twilight, between full-blown forest and grassy plain, having vegetation that was most akin to South-Africa. 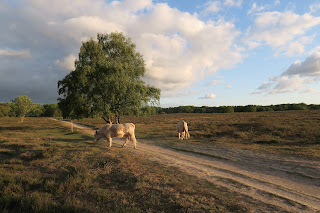 Crayoline Road was an intersection between a sea that had lost its salt, a forest reminiscent of Twin Peaks and a well-to-do settlement. She had never lost the fear when crossing this road of losing her friend, a dog, to one of the cars that always appeared to jostle by at an alarming rate.

At this time of night, she was distracted by the Doppler shift of an ambulance passing by. It stood no doubt the ambulance took this turn; Crayoline being the fastest route towards the freeway to Amsterdam. While many receded to these green outskirts of the bigger city, in an effort to recharge their batteries, it was Bego who visited Amsterdam to gain energy.

On her right side, she passed by a tavern, a place which had become a mental hideout. Whenever she wanted to zone out, she imagined herself being in this place, descending a horse and seeing her grandparents. As in the past, the table overlooked the car with her grandparents’ stray dog. She wasn’t too worried about her horse, which was a tad too short to be a genuine mare but was feisty nonetheless. Outside, the sun was active but had begun its recession into the earth. Her memories as her dreams never conveyed any sound. It was like a frozen plane, something she conjured up when she needed it. 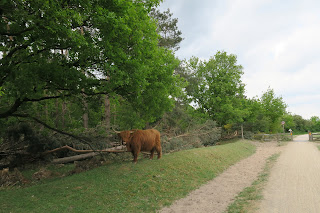 Unfortunately, those flashbacks had the tendency not to last long. Before she knew, her mind brought her back to the present, firing insults at her. It was her own doing that no one else had ever been present in this car. She tried to fill this gap in her mind, but it felt like a needle being inserted into her back to seep out a cranial fluid. Conversely, she was under influence, having an anesthetic that did not remove pain, but showed her it was present in its absence.

Technically, and it stood to reason to be technical, she had experienced these matters, even if on a whim. Her attempt to treasure these moments were almost in vain, for they seemed like seeing water in a desert, or to be more specific, the sensation of constantly needing to quench your thirst, even when you were sure you just had a drink.

In her rear window, she saw nature receding in her eye. At daytime, she frequented the cows that were tasked to preserve the twilight and remove the grass. In the Eastern part of the Crayoline area, the cows were more akin to those used on dairy farms. In the Western part, in which New Crayoline Road or the prayer without end had sprung, the cows were a breed of Scottish Highlanders, possessing magnanimous horns, unicorn-like.

She knew from experience that these highlanders were impressive, but also ferocious, more evolved than the older Crayoline area. In her observation, they were most at unease when they had lost touch with the herd, isolated from the rest.

When these cows were isolated, nine out of ten times they were running to be reunited with their brethren. Still, she would not count on them being more wild alone and quiet in a group. It was best to tread carefully.

Heavy and immobile, Bego reached the end of Crayoline road and had to decide whether to take the freeway or the residential route. What if she had been more literate in these encounters and could have sustained these relationships? Would she still be present, alive and free of mind?

Opting for the regional road, she drove by an old military base near New Crayoline. It was surrounded by villas or domains of vast residences. One of them had a Romanesque look and a blind wall as a facade, occluding a drugs laboratory from view. If history had run its course though, these domains and their illicit activities, would not have remained, for the wish to expand the city was great.

Nobody was present at the sideroad that was separated from the freeway by a sonic wall, but it did not seem quiet to her. Nocturnal animals were bound to have reclaimed what was lost to humans by day. Could she also reclaim someone at night who was lost during the day?

Driving towards the T-shirt shaped park in the heart of Crayoline City, she wondered whether the swan was sleeping together with her spouse. Or were they in a fight? Swans were not known to be the most peaceful creatures. 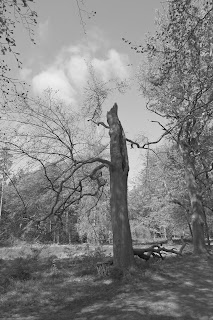 Gravitating towards Crayoline City, Bego crosses Cuckoo’s Neighborhood. She knew that its inhabitants were not true to the name Cuckoo and therefore lunatics, but she couldn’t help but wonder why there was such a high concentration of psychotherapists in the area. Come to think of it, they posed a real threat to her own justification to be a therapist, even though she had never received any client outside her undeniably limited assortment of acquaintances.

One of the social workers in the neighborhood was Miss Cuckoo, serious about her profession and protective of those who are under her care. Last year, she helped Adriana Humaine with her rehabilitation after her being off the radar and having a burnout from work.

Quickly, her thoughts shifted from the feminine and professional, to the masculine and physical. She pictured a dark figure in front of her and examined his squarish elegance. Her heart was racing as she looked at his intense stare. What was he saying without uttering a word?

Feeling like a dusk that had fallen two hours early on an overcast summer evening, she was gripped by a lethargic stupor. As if in temporary paralysis, she examined the contours of his body and found herself halting at particular parts. She longed to embrace him, but was overcome by the temperature of her body oscillating between hot and cold.

Annoyed, he walked away from her and she saw herself wanting to keep him from leaving. ‘Nothing has happened between us,’ he said as he shut the door in front of her face, leaving her alone.